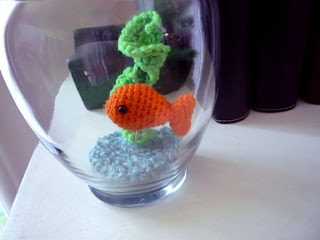 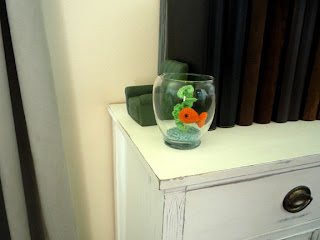 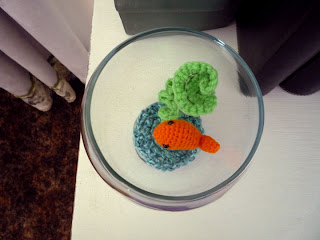 Pebbles
I used a funky yarn and did two circles to fit the bottom of my bowl.

Plant
Ch 30
Row 2: 2 sc in each st
Row 3: sc back along ch on the opposite side.
Weave wire through and sew to the pebbles. Hide ends of wire between layers of pebbles and string ends as well. Stitch the two pebble halves together. Use a toothpick to prop up the fish.
Posted by Rachel Hansen at 10:55 AM